They say third time’s the charm, and that certainly proved true in the love story of Jenny and Ian. They first met and fell in love straight out of high school, and within a year Ian had joined the Air Force. After two years—and several periods of Ian being away for training— their paths took them in different directions. A few years later they met up again and sparks flew, but Ian was stationed too far away for things to work out.

Fast forward to 2017, when amazingly their lives intersected for the third time, after divorces and children. Soon Jenny and Ian were back in step with one another, their two young sons had became fast friends, and they were in love again. Ian proposed in May 2019, and needless to say, Jenny said “Yes!” Their wedding truly was a magical event, thanks in no small part to more than 20 local vendors who donated their time and services to make sure this military couple had the day of their dreams.

Alterations:
Martha’s Sew It All 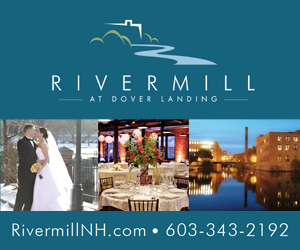 Our summer cover is hitting stores! Yup, you read

“This little flower girl stole the show, and I l

This puffy white meringue cake was made by friends

"Flower girl waits to dance in between speeches."

“The time in the beginning of the day when the b

Erica and Chris share a kiss on Erica’s families

Follow on Instagram
This error message is only visible to WordPress admins
Unsupported get request. Object with ID '17841400261105340' does not exist, cannot be loaded due to missing permissions, or does not support this operation. Please read the Graph API documentation at https://developers.facebook.com/docs/graph-api